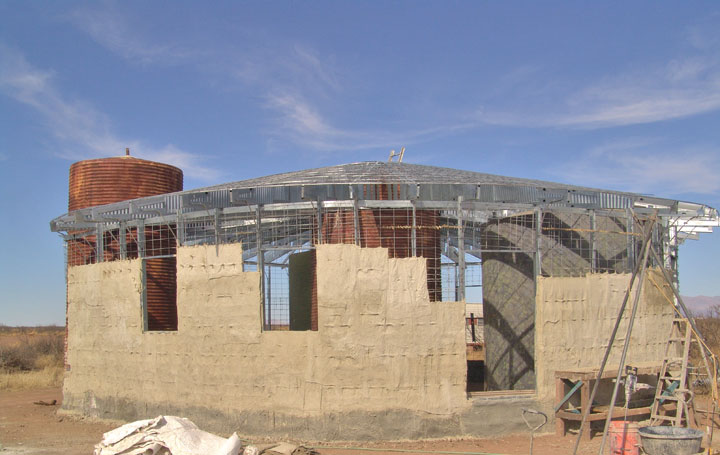 Here's a photo of the house before burlap: a ferrocement ring at the base, encasing steel studs, covered in stock panels. http://www.annesleyphoto.com/Building/ferroring7511.jpg

Here's the structure from another angle, partly covered in burlap-crete. http://www.annesleyphoto.com/Building/burlap7516.jpg

There's a few folks that have used burlap soaked in cement slurry and draped it over wire formwork, therefore being able to build a house with a similar approach as a large piece of sculpture. Another way is to stretch the burlap over an armature and paint a weak cement solution on it, building up layers-- which takes about forever unless you have lots of people. I've tried a bunch of different mixes and have come up with one that works so well its just about amazing: my exterior walls are made this way, 1,200 square feet!